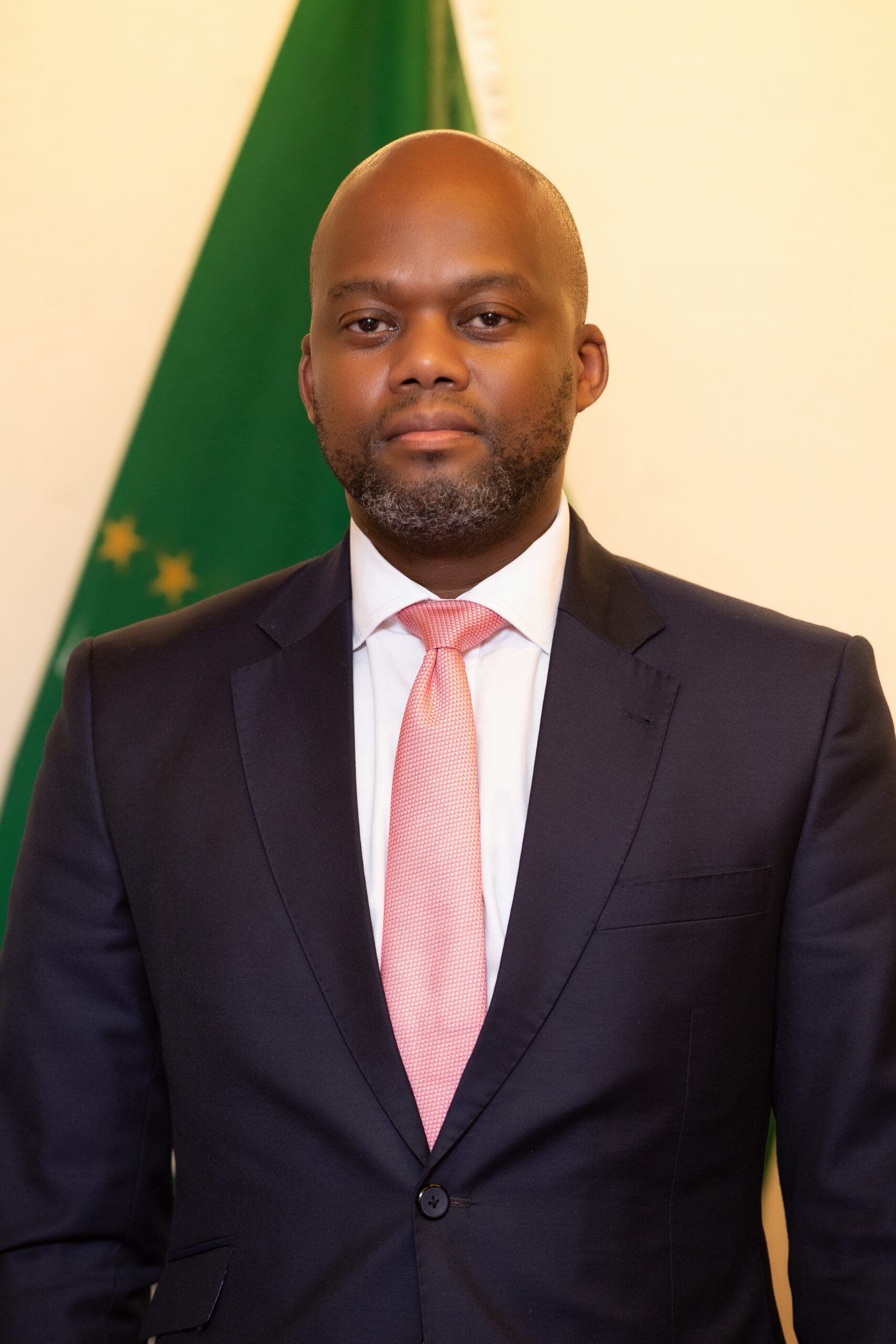 H.E. Wamkele Mene was elected by the 33rd Ordinary Session of the Assembly of Heads of States & Government of the African Union to the position of Secretary-General of the African Continental Free Trade Area (AfCFTA) Secretariat.

Before assuming this position, H.E. Mene occupied the position of Director: International Trade Law & Investment Law at the Department of Trade & Industry, a role in which he was principal legal counsel on international trade law and international investment law.

From 2010 until 2015, H.E. the Secretary-General represented South Africa at the World Trade Organisation (WTO) in Geneva, Switzerland. He was elected to the position of Chairman of the WTO’s Committee on International Trade in Financial Services.

He worked for Wall Street-based law firms in their London and Hong Kong offices, before joining the Department of Trade & Industry of South Africa.

In 2020, H.E. Mene received an award as one of the top 100 most influential people of African descent in support of the United Nations International Decade of African Descent (2015-2024).